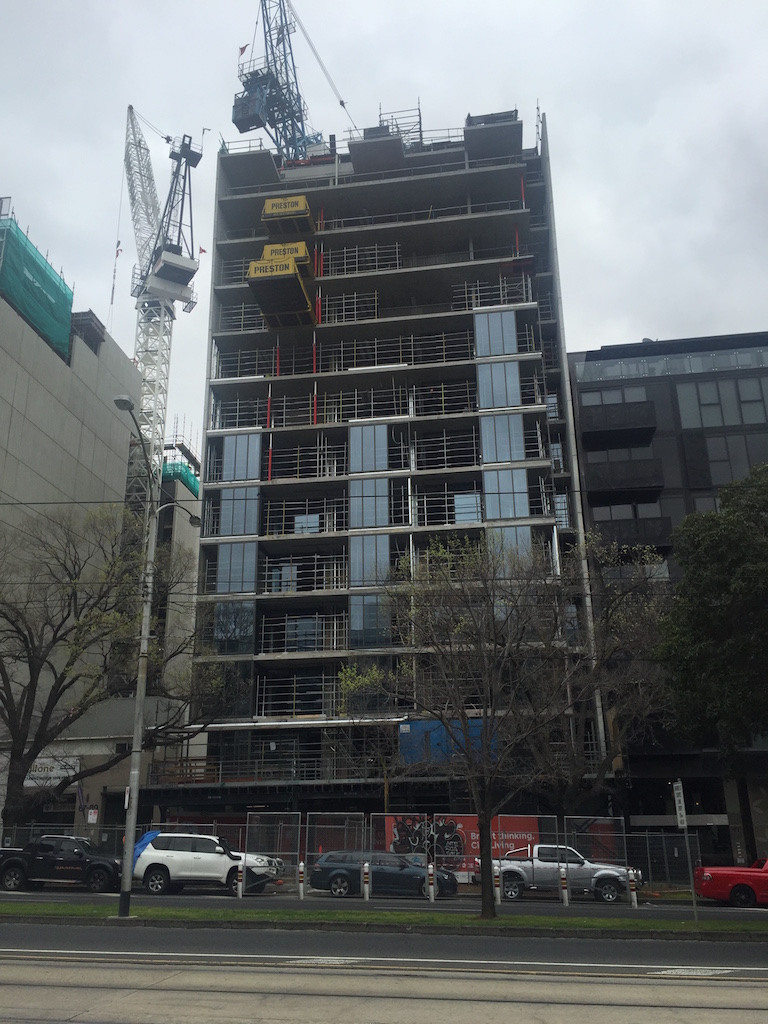 “We love Helix. It has enabled us to accelerate our construction time-lines by eliminating a lot of the steel.” – Anthony Edwards

This 16-storey apartment development in Flemington Road opposite the Royal Children’s Hospital in Melbourne saw Helix Micro Rebar replace the majority of the conventional reinforcement in the Core Raft Slabs, Pad Footings and Crane Footings. Helix replaced all the steel in the Strip Footings and Basement Slab.

The Pad Footings and Crane Footings were also Helix hybrid designs. For the Pad Footings, two layers of rebar were replaced with one layer of mesh and a dosage of Helix, while the size of the two layers of rebar in the crane footings could be reduced by adding Helix to the concrete. A dosage of Helix alone replaced all the conventional reinforcement in the Strip Footings.

All the SL82 mesh in the basement slab was replaced with 8kg/m3 Helix Micro Rebar.