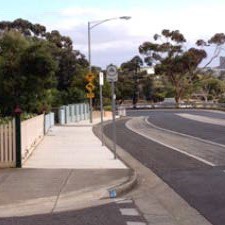 These footpaths are 100mm thick with 5kg/m3 of Helix Micro Rebar and with a non-slip broom finish.